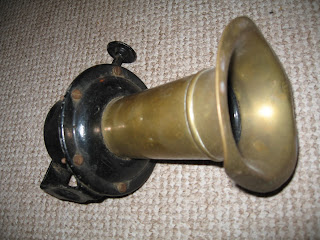 My dears, I have spent a very sophisticated afternoon with the other-half and his very sophisticated chum discussing ‘trumping’.  Now I’m originally from dahn sarf (ie near London) where ‘trumps’ is simply a term used while playing cards.  But, oh my innocent  southern pals, I’ve news for you – in the Midlands ‘trump’ is another word for fart.  So we spent the afternoon sat around the chum’s dining room table scoffing hot cross buns and talking about people with the misfortune to have the surname ‘Trump’.  In fact a friend of a friend of mine is unlucky enough to be called Victor Trumper.  And I know of a street, I think it’s in Reading, called Trumper Way (you’ll need to say that aloud to appreciate it).  Suffice it to say much there was much mirth.  Rest assured though, the trumping conversation lasted five minutes.  For the rest of the afternoon we discussed politics, art and quadratic equations.

This morning though was truly trumpy (there is no other description).  I had to go to my GP to get a blood test for the pre-chemo assessment I’m having first thing tomorrow at hospital.  The chemo people (after the battle I had to get my appointment moved to this century) promised that I would have a letter from them by this morning explaining to the GP what blood tests were required.  (As the GP’s receptionist had been a bit iffy about booking me in without knowing exactly was required).  But, you’ve guessed it, the letter never arrived.  So I spent half a frantic hour on the phone this morning to the chemo unit hoping to ask them what to do – only no-one was answering the phone.  I may have mentioned my anxiety levels once or twice before on this blog – so you can imagine how I was feeling at this point.  Anyway, with about two minutes to spare before I had to leave the house to get to the GP I managed to speak to someone in Chemo and all was sorted.  But a bit more stress was just what I needed.  Once I got back from the doctors I consoled myself with a cuppa, malt loaf and some diazepam – all the major food groups there.

So, tomorrow is pre-assessment at the hospital followed by wig try-on and hair cut.  Stand by for fears, tears and advanced whinging.
Posted by Disco Del at 19:23