Remember my sweary rant about my local hospital?  Well, the latest is that I've received a phone call and letter from the powers that be.  A formal 45 day investigation is being instigated and they will keep me updated.  They have said they will look at all aspects of my letter including my complaints about Fucking Useless Breast Care Nurse, the onc's secretary, and being given incorrect info.  They are also going to use my complaint as a case study within the hospital as an example of how not to treat people.  This had made a grumpy person very happy.  But stand clear, as I've not had much energy over the last few days, the lovely hospice nurse has increased my steroid dose (it had been being gradually reduced).  Stand by for more explosions from the human volcano.
Posted by Disco Del at 10:35 21 comments: 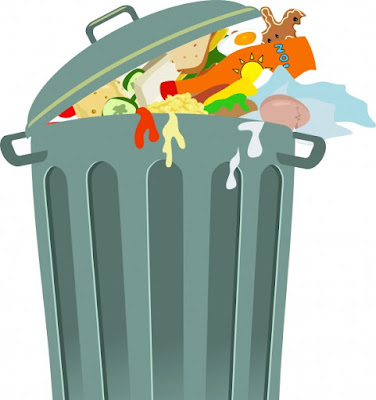 There's been a bit of a palaver lately at Discombobulated Towers.  The other-half somehow managed to get properly ill.  We're talking both ends here, catch my drift.  Yeah, yeah poor old Nev blah blah blah, but what about my compromised immune system.  Panic stations ensued with Sisses no 1 and 2 riding to the rescue (luckily for No 3 she was out of the country - wise move).  So I was fed, watered and generally and looked after by non-lurgified people.

While I was flapping about the risk of catching the dreaded bug I took to smothering myself with hand gel that kills all known germs dead (or something like that).  Sticky times.

After a couple of days I noticed thIat although I'd avoided the lurgy, strange brown marks were appearing all over my hands.  They even started joining up.  I googled it and it looked like a steroid side effect so I left a message for the lovely hospice nurse.  The following  morning I had a good scrub in the bath and all the marks came off. They were dirt.  Oh the shame.  To makes matters worse I had to phone the nurse back to confess.  I am a dirty Gertie.

Can I just deflect attention on to the other half for a moment?  He's just had his ancestry DNA thing done.  Turns out he's mostly from Belgium.  Sis No 3 said "hmm, beer, chocolate, cheese, sounds about right".  After Belgium his most likely home was France.  This has fed in to his delusions that he came over with William the Conqueror.  So now, as one of the oppressed Saxons, I call him Norman Pig Dog.  Feel free to join me.
Posted by Disco Del at 17:25 9 comments: