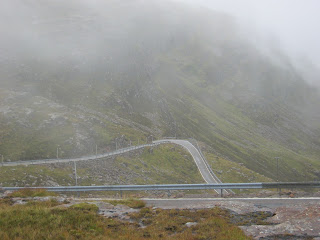 I’m afraid I don’t have much to report today as once again (even without a sleeping tablet last night) I’ve been pretty lethargic.  I can only assume that the cause of this is a combination of now being on the full dose of anti-anxiety meds and/or natural laziness.  Please note that I’m not asking for opinions on which of the two it might be.  I think I can guess which way that particular vote would go.

So tomorrow I start treatment.  As mentioned in previous posts I kicked up something of a stink to get my first lot of chemo moved forward by ten days.  Had I failed in my attempt to get chemo sooner I would be moaning for Britain.  However, now it’s due to start tomorrow I am also moaning for Britain.  This is because I am complex and deep and also a big cissy-pants.  The list of possible side effects is so huge it would have been easier for the hospital to bin the reams of  info they gave me and just to have handed me a piece of paper bearing the word ‘everything’.  In bold.

So there you have it, tomorrow, I start on the scary treatment road (note I did not use the word ‘journey’ – that would be unforgiveable).  Anyway my feeble road analogy is an excuse for starting this post with a picture taken on holiday in the wilds of Scotland last September.  It’s the Bealach na Bà – a quite scary mountain pass we drove over on a number of occasions.  I was a big cissy-pants when we were doing that too.

And to finish on a more positive note, another picture this time indicating a more onwards and upwards frame of mind (which I know I need to foster, but requires the removal of my big cissy-pants which appear to be welded on at the moment).  This photo was also taken in Scotland last year but I’ve forgotten where.  I should warn you I have about 300 photos from that holiday and some more may well appear on this blog.  You lucky, lucky devils! 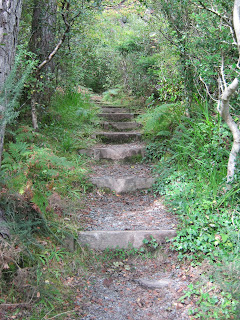