Today, while I reclined not particularly gracefully on my sister’s sofa, the other-half’s family rolled their sleeves up and cleaned my filthy house.  Gawd bless their cotton socks!  My house is never exactly spotless at the best of times but all the recent building work has resulted in the entire place being knee deep in dust, debris and disgustingness.  So Da Family descended and blitzed Discombobulated Towers.  One of my brother-in-laws manfully cleaned windows, windows that haven’t been cleaned since I don’t when.  Give that man a coconut.  My sisters too have been in on the act, carting boxes of pictures and knick-knacks (I don’t do minimalism) from my place to clean them cleaner than they’ve ever been before (as well as all the ferrying me around for radiotherapy appointments).  I am a lucky duck, albeit a bit of a lazy one.   Thanks to all!

As I wrote in my previous post I had a bit of a bombshell recently, not only discovering that the cancer in my lungs has grown but also that the change had been ignored by my local hospital.  I still can’t go into the full details of this story without a) boring you to tears and b) sending my blood pressure through the roof.  Suffice it to say that I’ll be sending in a formal complaint to the hospital’s chief executive.  Anyway, as I no longer have faith in the local oncology bods, and would like some action taken regarding my health before hell freezes over, I have been to see an oncologist in London.  He was very helpful and thinks I might be able to go on a trial for a new chemo drug called TDM1*.  I hope to hear from a hospital in Warwick this week with further news.  Fingers crossed.  If this doesn’t work out I can always go back to see the chap in London. By the way, after a long cold winter, it was a gorgeous day in London so, in between medical appointments, we window-shopped in Marylebone High Street and mooched around Regent’s Park admiring the blossom. 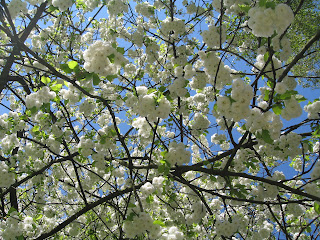 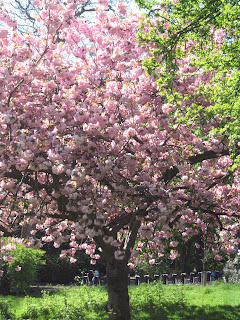 * Apologies for linking to the Daily Wail for an explanation of TDM1 but it includes a quote from Prof Ellis, the chap I saw in London. That's my excuse.  But I still feel dirty.