Hello.  Have you come here looking for some not particularly amusing tales of three-legged cats, errant sisters and dopey other-halves?  Well sod off, you’ve come to the wrong place at the wrong time.  I’ve got a right strop on.

If you’ve been paying attention (and if not do try to keep up) you’ll know that I’ve been complaining about breathlessness and a cough.  Last week, seeing as the idiots health care professionals at the hospital didn’t seem too interested, I went to my GP.  It was there I discovered that the CT scan I had had three weeks earlier, to check for blood clots, had shown that the cancer in my lungs had grown.  The GP assumed that the hospital would have informed me about this.  He assumed wrong.  Since then my GP has been in touch with the hospital and I managed (after much gnashing of teeth) to get an appointment with the oncologist.  The oncologist says I have to have another CT scan and wait for results before he can decide what action to take.  That will take us to the middle of May. If they went any slower they’d be going sodding backwards.

I am not impressed.  I’m not impressed with waiting, with not being told that the cancer was growing, with struggling to get appointments and when I do get appointments half my notes being missing.  So I hope to be heading to London in the near future to see an oncologist who knows his onions and who can move faster than an arthritic snail.  I will keep you posted.  In the meantime here’s a soothing picture of Wollerton Old Hall which I visited on Sunday, and very nice it was too. 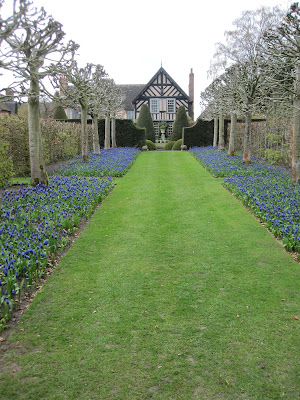