I am tired.  Really tired.  And it's not just my current chemo that's the cause.  Frankly I'm utterly weary of the whole argy-bargy which seems to surround the treatment of incurable cancer in England at the moment.

I warn you now this is going to be a long rambling post, so you might want to resort to alcohol, go and clean the fridge out, or maybe worm the dog instead of reading any further.  However, if you stick with me I'll reward you with more photos from the kids' veg art category of the local flower show.  Like this one. 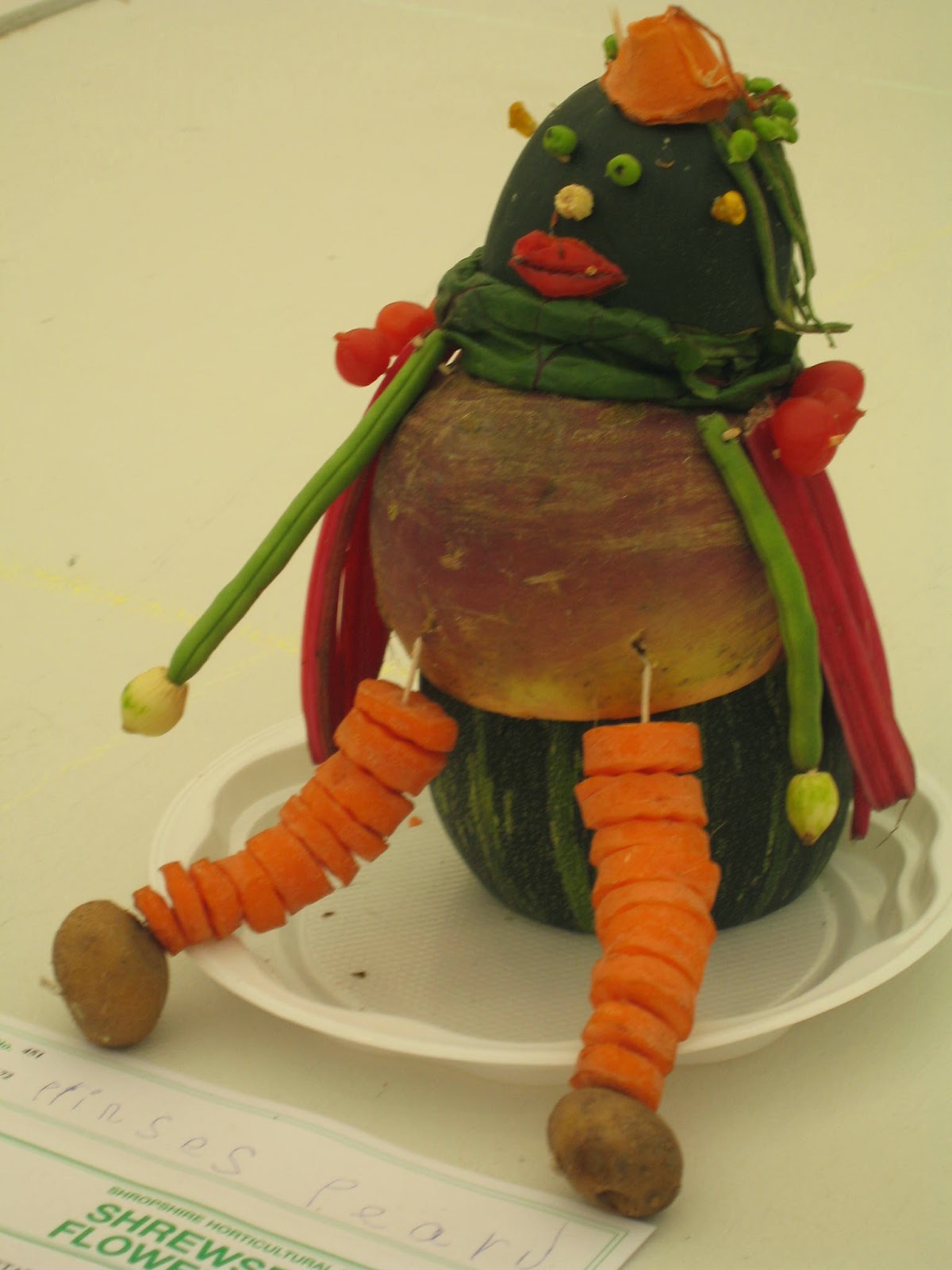 Anyway, back to the argy-bargy.

If you've been foolhardy enough to have been reading this blog for any length of time you'll know that I've been somewhat vexed of late over the Cancer Drugs Fund (CDF), which enables National Health Service (NHS) patients in England to get drugs which wouldn't be available to them otherwise. Recently the CDF rules were changed which meant that, for the first time, the cost of treatments was taken into account.  This has led to some drugs being removed from the CDF list, making them unavailable (from March 2015) to patients in England unless they have access to private medical care.

The long and anxious wait for the official announcement about which drugs are to be removed came to an end earlier this month.  I wrote about it in my latest post for Vita (an online breast cancer charity magazine).  In brief, twenty-five cancer treatments will no longer be funded by the NHS. Three of those drugs – everolimus (Afinitor), eribulin (Halaven) and lapatinib (Tyverb) – are used in the treatment of advanced breast cancer.  You can read the reactions to this from two breast cancer charities here and here.

Initially I was almost relieved at this news.  After all, there had been a lot of press speculation that three other drugs used in the treatment of advanced breast cancer, T-DM1 (Kadcyla), pertuzumab (Perjeta) and bevacizumab (Avastin), would also be removed from the CDF. This has turned out not to be the case, so those treatments remain available to NHS patients.

However, my relief was short lived.  Firstly, the NHS has warned that further cuts to cancer treatments are likely, so we are by no means out of the woods yet.  Secondly, I find it disturbing that of the twenty-five treatments removed from the CDF, sixteen are life-extending. I think this is part of a wider tendency to make ill-founded and ruthless judgements about the value of the lives of people with incurable cancer.

OK, by now you are probably coming to the realisation that this particular post isn't going to be a laugh a minute.  But look, you've got this far.  Here, have a veggie picture. 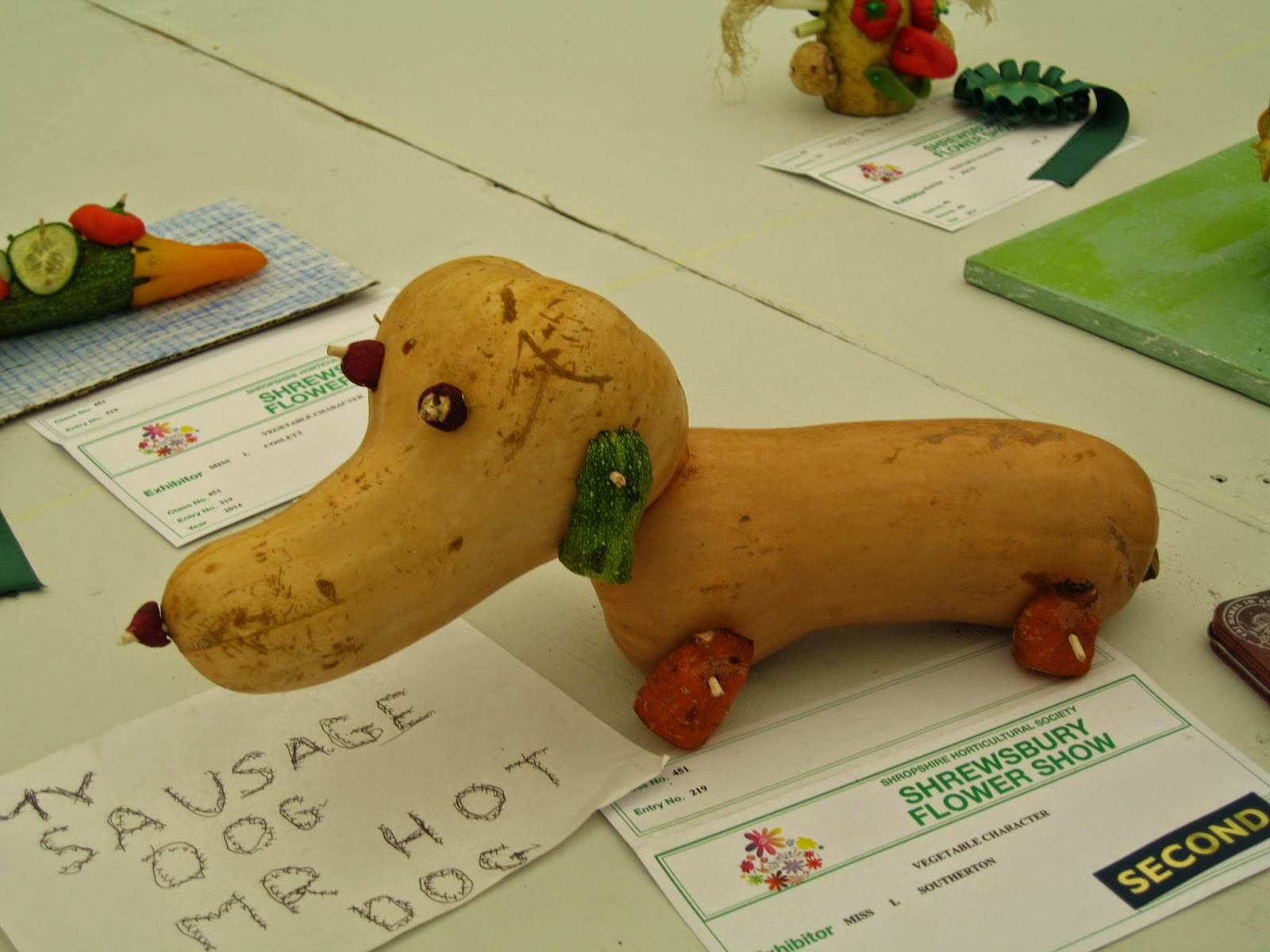 Now brace yourself and read on.  Please.

So, back to making judgements about people with incurable cancer.  Obviously this is something I'm incredibly sensitive about.  But it really does seem to me that there is a very unpleasant tone to some of the coverage about changes to the CDF and cancer patients in general.

Well, there was, of course, the vile and sanctimonious article in which Jenni Murray expressed the opinion that expensive drugs for treating advanced stage breast cancer should not be funded through the NHS.  Her piece included such choice phrases as  "led by sentimentality", "seduced into outrage by poignant stories of young mothers who can't be saved" and "if I were told tomorrow that my cancer was terminal ... [I wouldn't expect] false hope from expensive wonder treatments, but do what I could for others".  Lest I be accused of taking Ms Murray's words out of context you can read her full article here.

More recently a doctor (and former editor of the British Medical Journal) expressed the opinion that cancer was the "best death" and we shouldn't "waste billions trying to cure it".  The whole article can be read here.  There has been much outraged comment on this piece so I won't add to it.  However, if you want to read a rebuttal, I think one of the best responses was made by Heather Lawrence in the Huffington Post.

Then there was the controversial advert highlighting pancreatic cancer.  In which patients express the wish they had other forms of cancer.  I can see where they are coming from, but many breast cancer patients, especially those with advanced breast cancer, found this divisive and insulting. 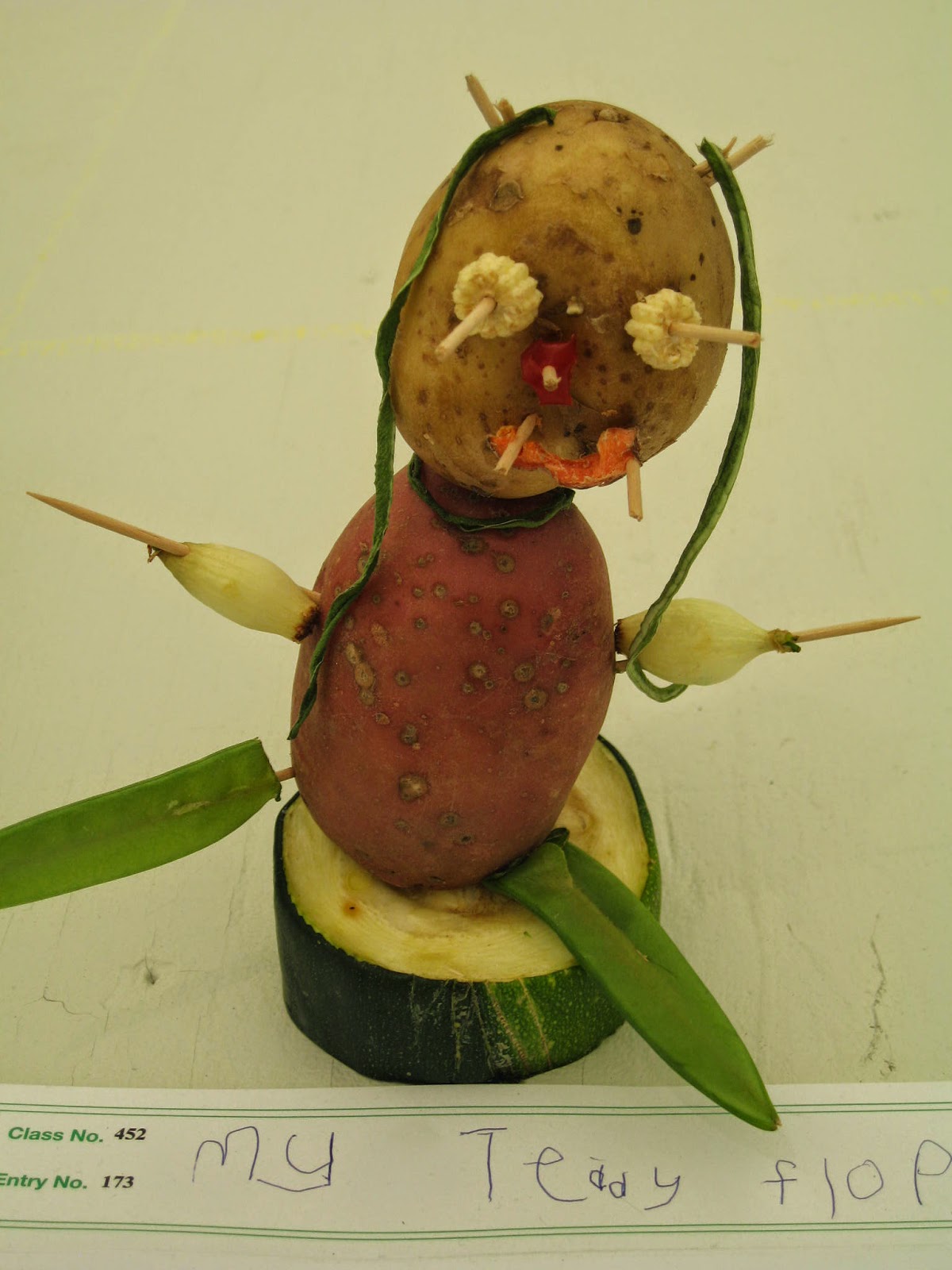 Now back to the fray.

Just recently I read a bulletin from the National Health Party (a political party formed to defend and improve the NHS and an organisation I've got a lot of time for).  They would like to scrap the CDF entirely (a view I'm actually coming round to but I'll get on to that in a bit).  Am I perhaps being over-sensitive in finding some of the language in the bulletin unhelpful?  The whole piece can be read here, but it's the tone of this part in particular that I find difficult: "cancer patients are prioritised above all other patients, undermining the fundamental NHS principle that all patients should be treated equitably. Hundreds of millions of pounds of NHS funds are being diverted to treatments of limited or questionable benefit, when there may be much greater overall benefits to other patient groups".  It's the potential for this to be seen as pitting cancer patients against patients with other distressing conditions that I find troublesome.

Much to my surprise I've come to the conclusion that the existence of the CDF is unfair.  I know, I know it sounds like a case of turkeys voting for Christmas but bear with me.  A friend of a friend pointed out, quite rightly, that the setting up of the CDF was a cynical ploy by the current government and not a genuine attempt to find a sustainable way of funding cancer treatment long term.  While I have my doubts about the language used in the National Health Party Bulletin I do concede that treating one group of patients differently to another is wrong.  The New Scientist also points out the CDF's shortcomings, including it's ultimate benefit to drug companies and their share-holders.

Some say, and I'm inclined to believe them, that the current position the NHS is taking with the CDF is an attempt to get drug companies to reduce their prices.  I can see why too!  Of course, while the bargaining goes on people are denied treatments which could extend their lives.  I really don't have an answer for this.  It seems cancer patients truly are stuck between a rock and a hard place.

I should confess here to being a massive hypocrite when I say the CDF is unfair. I benefit from the fund myself, as it pays for my use of lapatinib.  And in no way am I so holy that I'm about to insist they stop funding me immediately and give the money to someone more needy.  Not a chance!  Selfishly, I absolutely don't want to see the end of the CDF until the funding of cancer treatment reaches a happier conclusion.

However, I won't let my own personal hypocrisy prevent me for further pontification (sorry, there's no escape).

What really troubles me is divisiveness and value judgements about the worth of people's lives.  I don't want to see division between people with different sorts of cancers nor a vying for precedence between people with different sorts of health problems. And I sometimes feel that this unsavoury competition is exactly the approach we are being encouraged to take.  The famous Bevan quotation, "illness is neither an indulgence for which people have to pay, nor an offence for which they should be penalised, but a misfortune, the cost of which should be shared by the community" is inclusive, it doesn't refer only to some illnesses or some people.

Brain hurting?  Yeah, me too.  Have a aubergine penguin or three.  Oh OK, an eggplant penguin if you insist (see how inclusive I am). 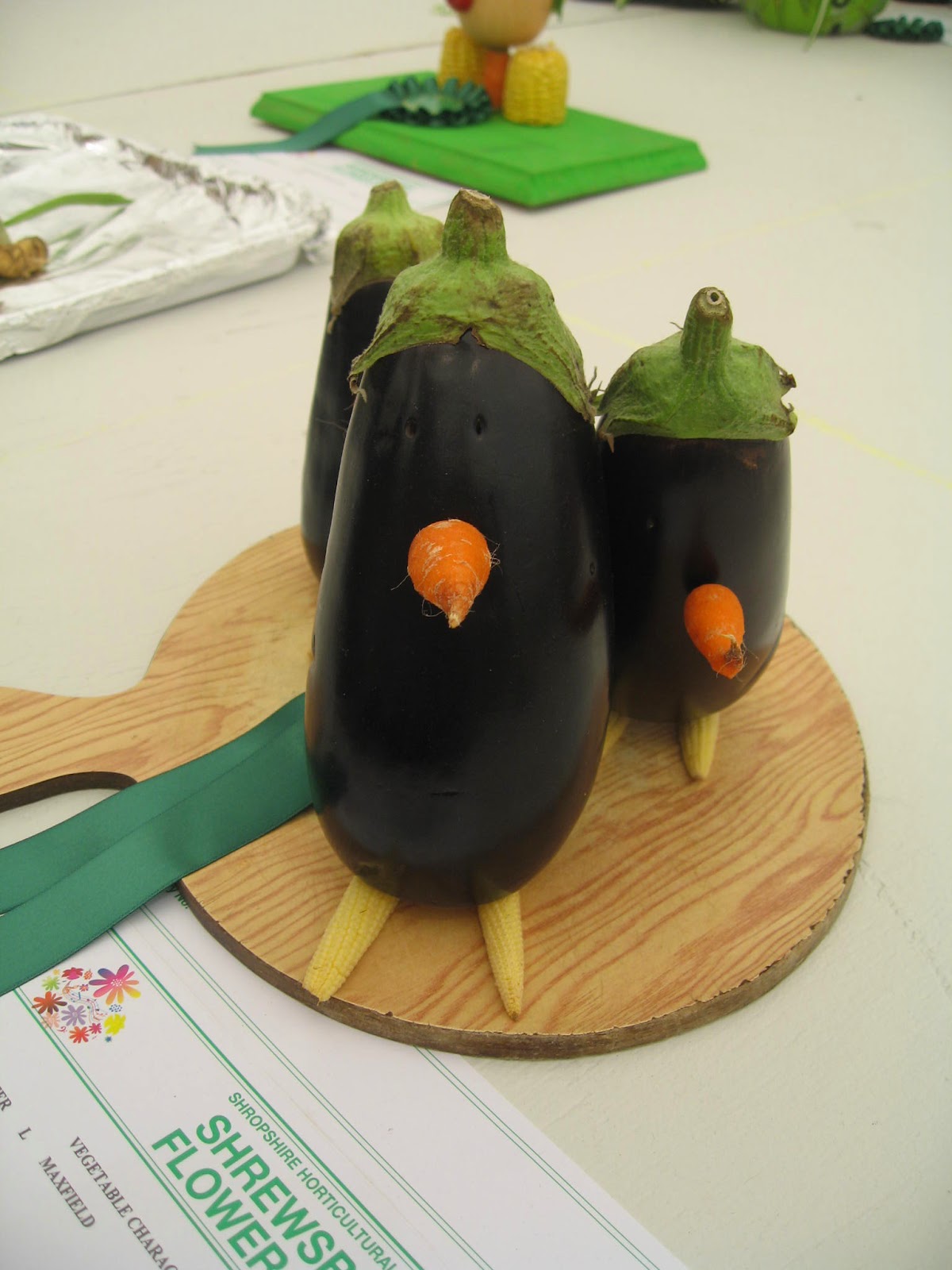 Of course, the NHS does not have a bottomless purse.  So, the argument goes, decisions, even really hard ones, have to be made.  However, in going along with the setting up of one group of patients against another, I think we are barking up the wrong tree.  The NHS, as a whole, needs more funding.  I think (and yes I am a dyed in the wool lefty) that we need to question what the state chooses to spend our money on. Here's a few saving suggestions:
So there you have it.  Much wordiness from me when really I could have my expressed my frame of mind much more entertainingly by simply linking to this and this.

And for anyone about to lambast me for foolishness and woolly thinking, I leave the last word to the inestimable Wendy Cope:


Differences of Opinion - He Tells Her

He tells her that the earth is flat -
He knows the facts, and that is that.
In altercations fierce and long
She tries her best to prove him wrong.
But he has learned to argue well.
He calls her arguments unsound
And often asks her not to yell.
She cannot win.  He stands his ground.

The planet goes on being round.

Congratulations on making it to the end of this epic post.  Let the hula dancing commence. 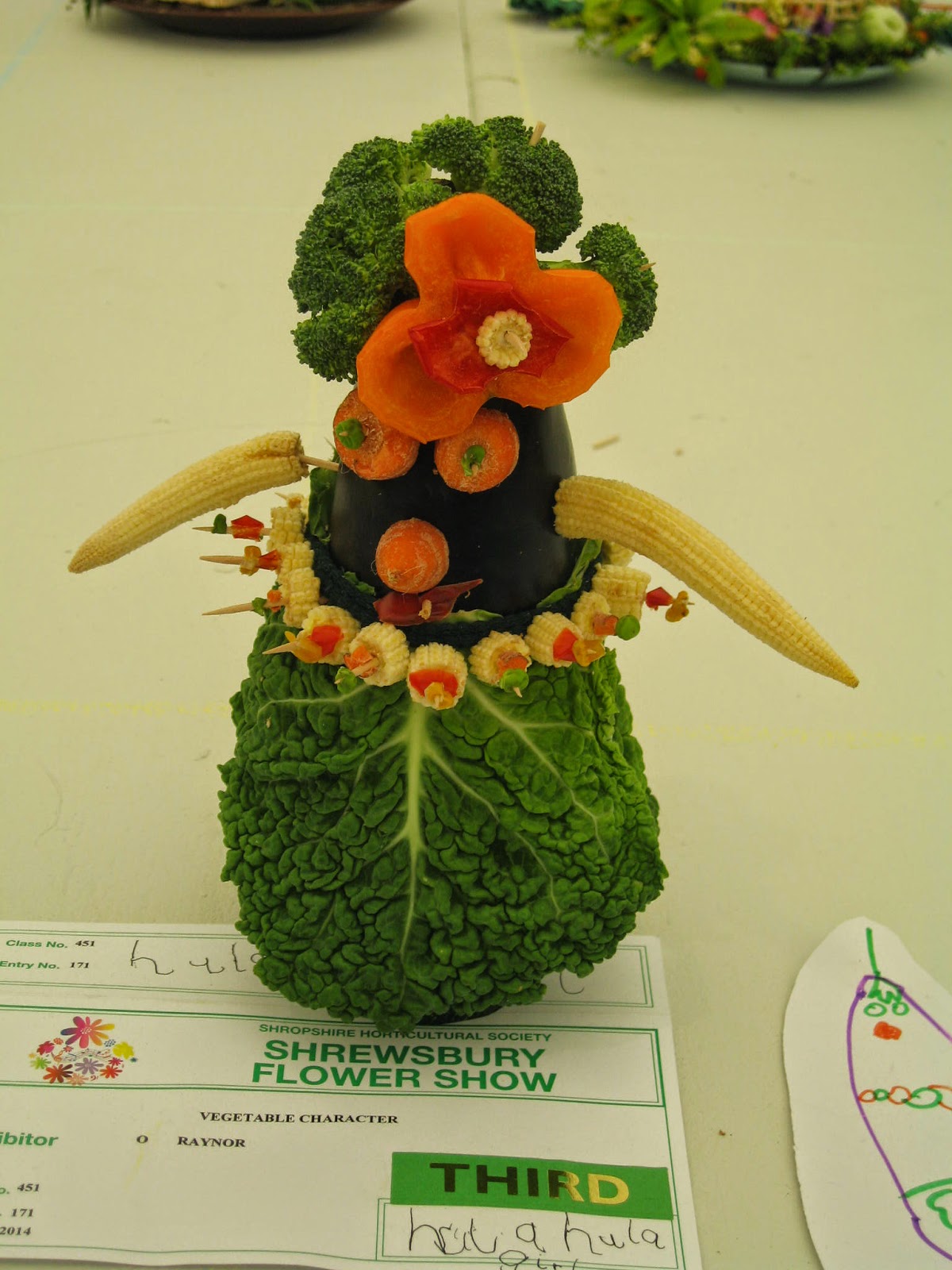