It seems a thousand years ago (not the more realistic four weeks) that I spent a sunny week in Normandy with the other-half, sis no 3, her other-half, nephew no 2 and four Australian reprobates pals.  It was brill.  I saw the Bayeux Tapestry, visited the D-Day landing beaches, mooched around beautiful countryside 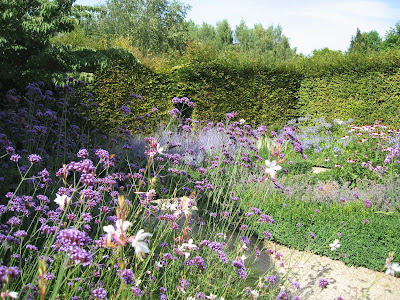 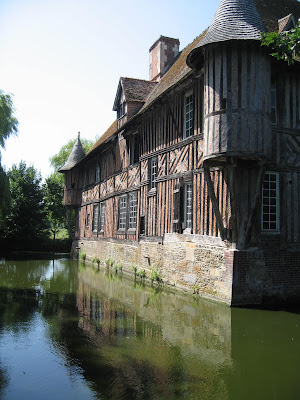 and ate and drank like a king (a king with a serious alcohol and cheese problem that is).

Food wise the only low point was the discovery of the Mysterious Inedible French Sausage (MIFS).  I’ve forgotten the proper name of this monstrosity (probably due to some kind of minor post-traumatic stress) but if you can imagine the smell (and taste) of animal innards that have been boiled for a week in rancid pond water you’ll have a faint idea of the vileness of which I speak.  Both the other-half and I accidentally ordered MIFS (at different times) and are now receiving counseling.

The high point for food?  Was it the delicious fish?  The cider?  The wine?  The lovely gooey cheese?  All close contenders but the winner was:


Thanks Aussie Pals for turning up with the goods.  I have to admit that Turkish Delight flavour was a step too far even for me, but the others (especially honeycomb) were manna from heaven.  Of course, I tried the Tim Tam Slam (biting off two diagonally opposite corners and then slurping tea through the biscuit) – delicious but deeply disgusting for other people to witness.

However, lovely as all the above was, most of the holiday was spent here: 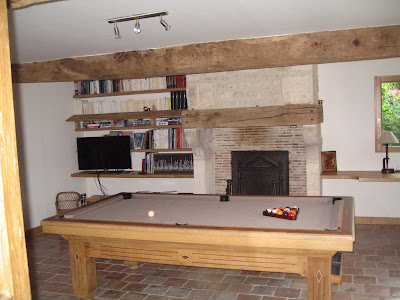 On a previous holiday, three years ago with the same mob, we invented Speedo Snooker (© Me), and we continued the contest this time.  Speedo Snooker is a game of strategy and skill (obviously not to be undertaken when full of cheese, wine and cider) where each player has two minutes to pot as many balls (in any order) as possible.  I humiliated myself regularly at this game purely to make the others feel better about their own prowess.  My brother-in-law is a fanatical Speedo Snooker player.  He also adores golf (I know).  Anyway I won’t be going on holiday with him again as I have just realised he loves any sport which involves hitting a small ball with a long stick.  This can only mean that the next thing on the agenda will be polo.  The only thing I know about horses is that they can’t climb trees, and I’ve no wish to discover any more about them than that.

And yes I did go swimming in the special swimsuit with the weirdly absorbent false breast but I’m wussing out of showing you photographic evidence.  There are two photos.  In one I have my face all screwed up and the other looks like I’m having a good scratch (I wasn’t, honest).  So, instead, here’s a photo of me strolling around a French garden in my two euro sunglasses (second hand stall at a market), any likeness to Dame Edna quite accidental.

These glasses have a very yellow tint and make every thing look sunny.  The lady I bought them from called them ‘optimist glasses’.

Anyway, all that was ages ago.  I’m now back in England, the temperature has dropped and I’m back to tucking my vest in my knickers and turning the central heating on as soon as the other-half leaves the house.  I’m also just over a week away from getting the results from my latest CT scan – maybe I’ll wear my optimist glasses for the appointment.  Wish me luck.