What I did on my holidays


So I spent a week in Devon in the sunshine, rain and wind.

Good points of the holiday included:

Staying in an eighteenth century cottage in a secluded wooded valley

More cats than you could shake a scratching post at 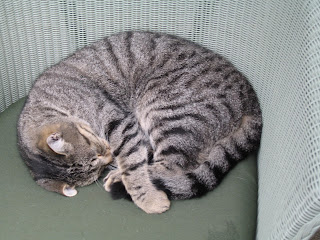 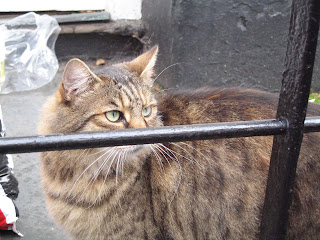 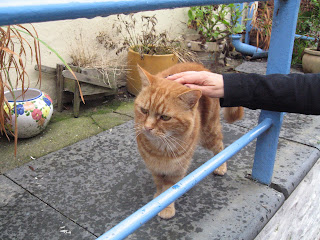 And visitng Appledore, a picturesque and eccentric town 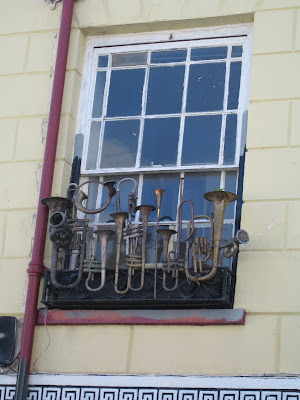 Somehow managing to get a sunburned nose.

And the repercussions of eating an iffy luke-warm pasty bought on a Monday morning which had probably sat around in the shop all weekend.  Luckily for you I have no photos of the intestinal turmoil caused by this culinary delight.

Cyril, the three-legged monster cat, stayed with sis no 1 during my absence.  He was very sulky about coming back home, obviously preferring my sister to me.  Once home he hid under the bed for eight hours.  Normal service now seems to be resumed.  He even returned to his plane yesterday which had been ignored for several weeks 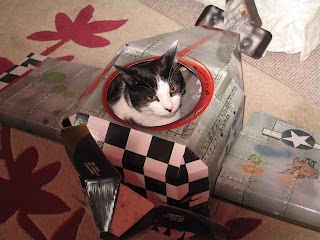 In between unpacking, sticking loads in the washing machine and draping the radiators with wet clothes (it’s like a sauna at Discombobulated Towers) I’ve been knitting.  Big thanks to S who succeeded where the knitting teacher had failed and managed to show me how to cast on.  I had knitting school this morning and although I am still the class thickie I could at least do the basics and happily clicked away with my needles chatting to the lady next to me, now all I need is a guillotine.

Finally, on a medical note I had another dose of herceptin at the hospital today, start taking tamoxifen tablets tomorrow and will be seeing the surgeon on Friday.  It’s all go go go (which was pretty much the case after the dodgy pasty).
Posted by Disco Del at 21:47