Golly it's a cold, rainy day here in Shropshire.  I am resisting the urge to turn the central heating on and am spending a lot of time with Cyril (the three legged monster cat) doing this: 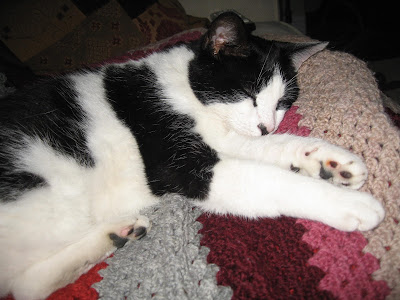 Although I did venture out at 9am (9am!) for a heart test at the local hospital.  This is a regular test I have to check that the chemo isn't wrecking my ticker.  All part of the endless delight of living with cancer.  Things still seem OK on that front, so a bit of relief there and I was smiling despite the pouring rain.

How unlike last Wednesday when, to celebrate the other-half's 50th birthday, we spent a total of three hours in the car. which hasn't got air-conditioning, with temperatures in the early 30s touching 36 degrees at some point (thats 98 degress in old money).  Being a delicate English rose (pauses for scornful laughs)  I don't think I've ever experienced that temperature before.  I was wilting.  Thankfully there were no traffic jams if they're had been I think I would have keeled over.

Anyway the drive was to Stoneywell, a National Trust arts and crafts style property in Leicestershire.  It was beautiful and well worth the sauna-like trip 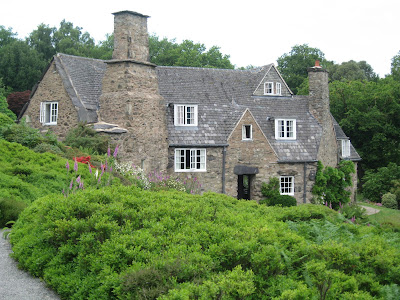 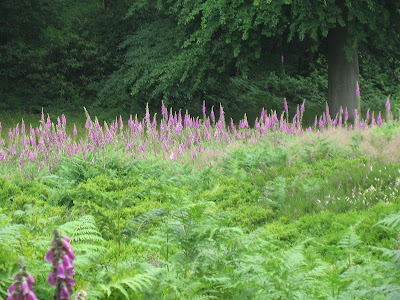 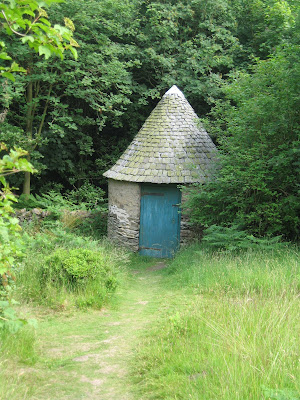 Not so beautiful was the new look the other-half had adopted to mark his entry into his 50s: 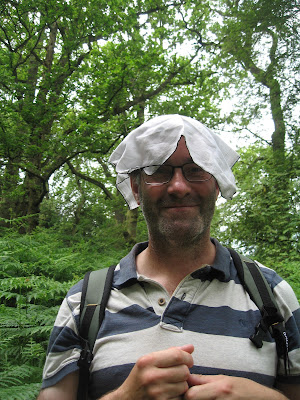 I had a bit of a creative splurge for the other-half's birthday and produced handmade bunting and a handmade card, both of which were too shoddy to be shown here.  Even more shoddy was the birthday cake I made.  The cake didn't rise particularly well but I soldiered on and iced it and put 50 on the top in stars.  However the icing was quite runny and the 50 kept sliding off down the side of the cake.  Sis no 3 pointed out that this was quite apt as, after the age of 50, life is all downhill anyway.  I think it's fair to stay I won't be appearing in the Great British Bake Off anytime soon.

The other-half had lots of lovely presents but one, from his 5 year old godson, was a stroke of genius as those who know Nev will testify: 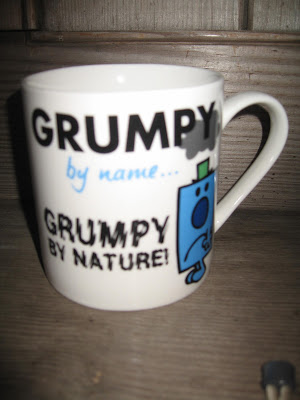 Apologies for the very poor photograph.  I bought the other-half a half-decent camera for this birthday so I'm hoping that the quality of photos on this blog will improve dramatically in the near future (but don't hold your breath).

Talking of holding your breath something exciting but secret is going on. I hope to be able to reveal something I think is pretty fantastic in the next few weeks.  So stand by.  Ooh I'm such a tease!
Posted by Disco Del at 14:51