A shit sandwich and seeing the sights

First of all let's deal with the shit sandwich, and thanks to Sarah for that expression, I'd never heard it before and am now using it at every opportunity.

My latest scan results show that my current chemo, the lovely TDM1, has stopped working for me.  I had a good run on it, nearly 18 months but now the cancer has outwitted it and is on the move again.  The crap in my lungs has grown and it also seems to have spread into my liver.  I saw the oncologist last week who gave me this news.  He wants to go over my scan again with his doctor chums (why he couldn't do this before my appointment last week I don't know but hey ho).  I go back to see him this week for his decision on what to do next but the most likely option seems to be a change in chemo.  So grim news, but there will be other treatments to try and, at the moment, I feel OK so for now just sticking my head in the sand and fingers in my ears while singing la la la.

More news of the shite variety this time regarding treamtments for advanced cancer.  If you've read my rants for any time you'll know all about certain cancer treatments not being made available to National Health Service (NHS) patients purely due to cost. However, people in England have been able to access these treatments if their NHS oncologists applied for funding through the Cancer Drug Fund (CDF).  Now the NHS have decided to look at excluding 42 cancer drugs from even the CDF due to cost.  Of course several treatments for advanced breast cancer are on the list.  Read more about it here.  This is dreadful news.  It makes me depressed, scared and very, very angry.  It feels like the NHS are saying 'oh just fuck off and die' to people with advanced cancer.  I shan't say anymore here other than if you feel like signing a petition about it then there's one on the go here.  Just like most people I have my doubts about the effectiveness of petitions but it's worth a try so if you've got a spare five minutes please do sign.

OK, on to happier stuff.  We had a refund from the holiday company after our stay in the dirtiest holiday cottage in the world.  This refund coincided with a 30% off everything sale at Laura Ashley.  What can I tell you?  I was weak.

Also I've been gadding about again.

We've been to see friends in Monmouth and visited the spectacular Chepstow castle (the town of Chepstow itself is a bit run down but if you close your eyes and head for the castle it's great).

We went to London to see the poppies at the Tower of London (one for every British soldier killed in WW1), just as spectacular and moving as everyone says 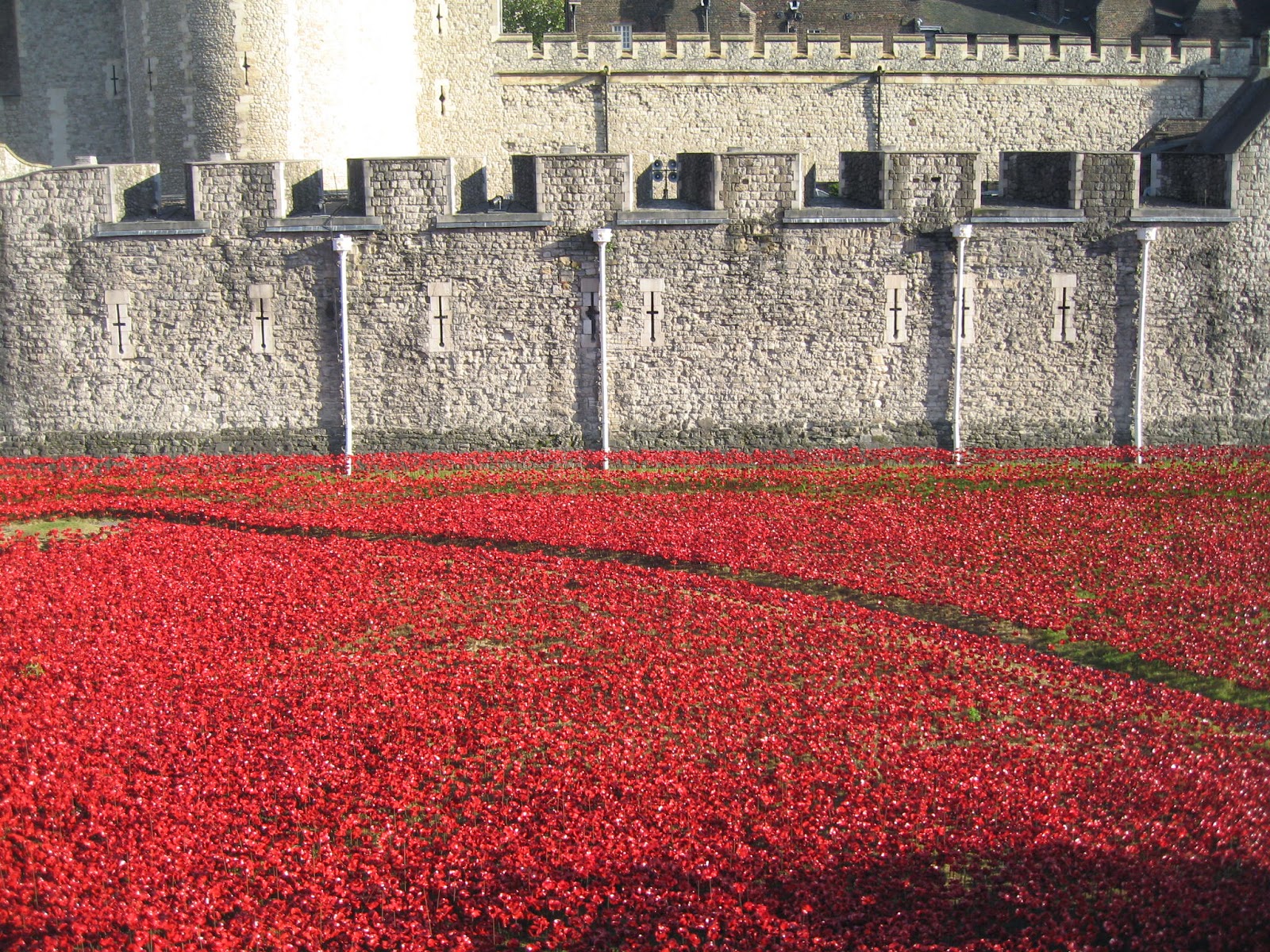 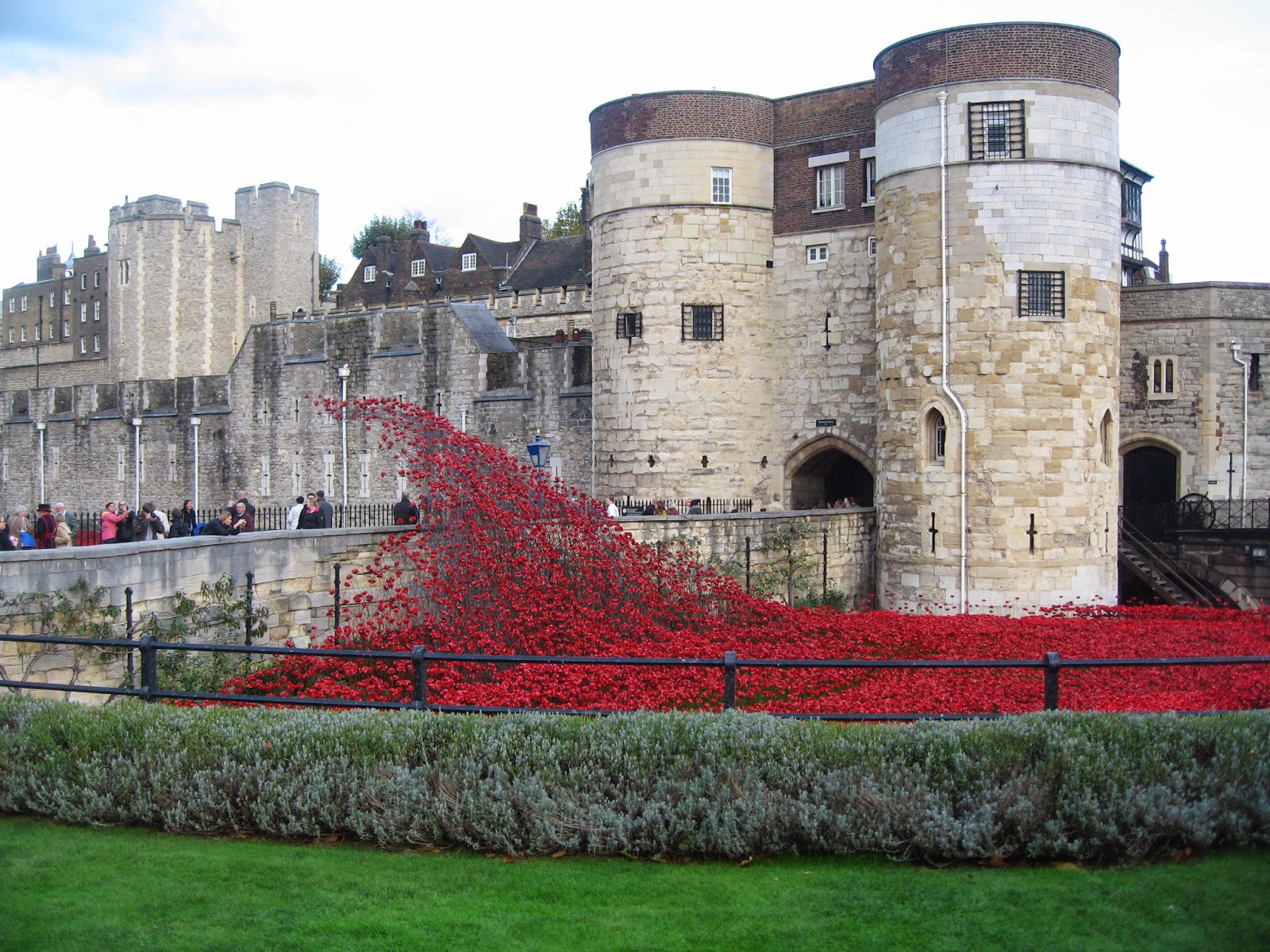 And we spent a weekend in Somerset in the gorgeous town of Wells.  Everyone should rush there at once, it's beautiful, look: 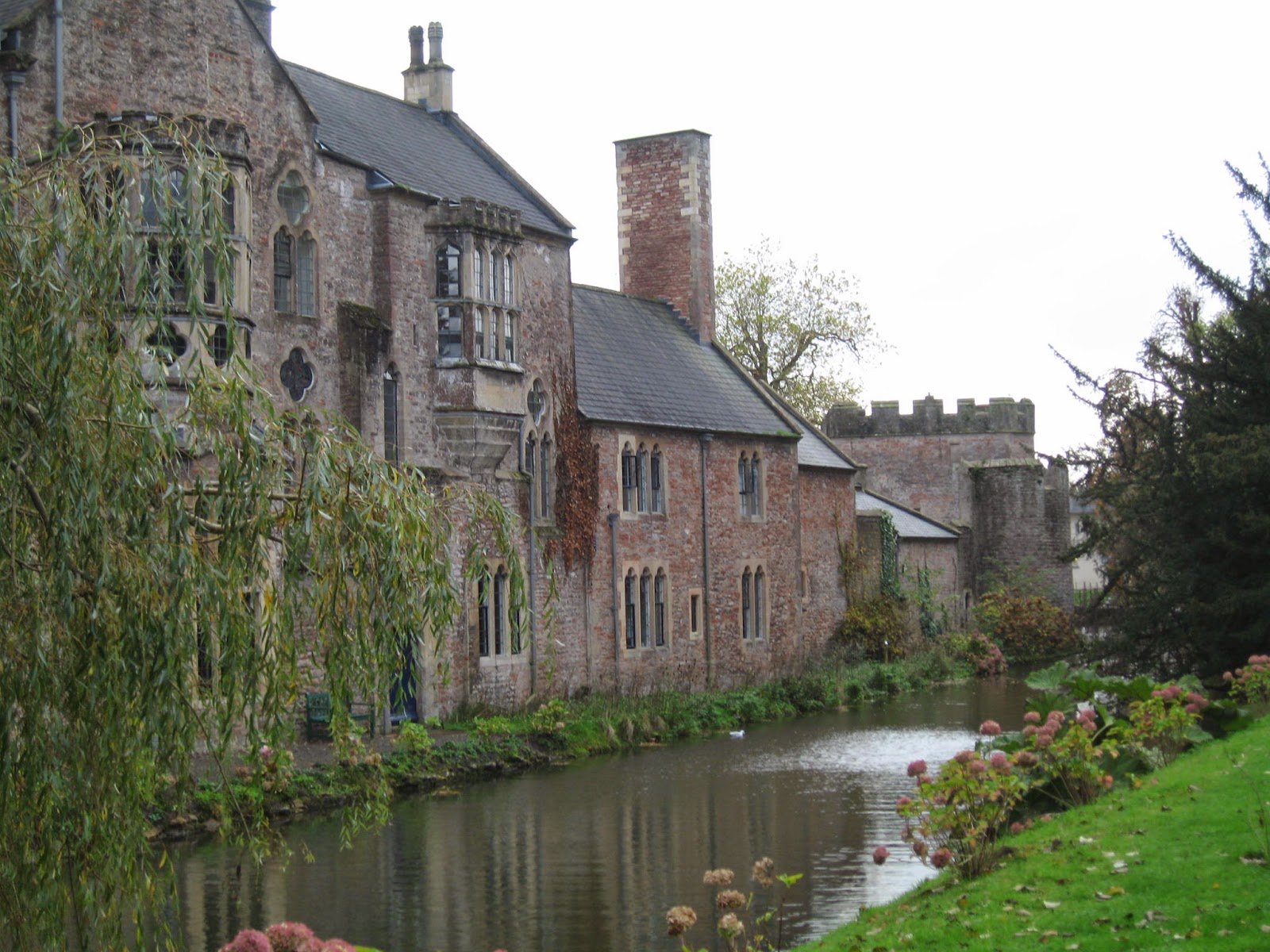 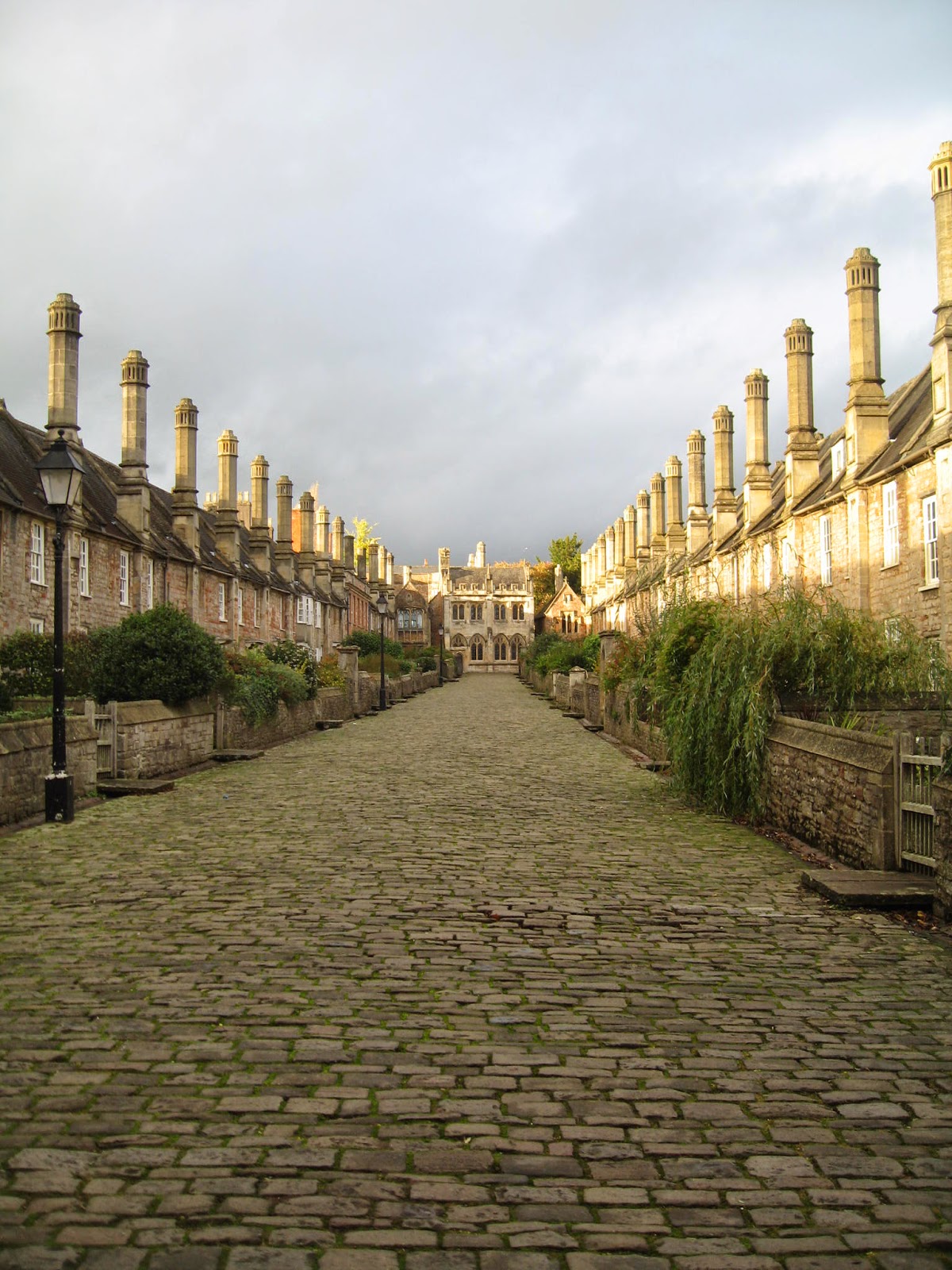 To add to all the delightfulness, the town was cat central.  The stunning cathedral has it's own resident cat Louis who we met but failed to photograph.  Never mind, I nicked a lovely picture of him from off the internet:
The Bishop's Palace also has a resident cat, Maisie, and here she is showing me around:

And to cap it all the B & B we stayed in, which was utterly lovely, despite it's unpromising name of Beryl had two cats, twenty-two year old Clementine and the much younger Willow, pictured below, who was very cuddly indeed: 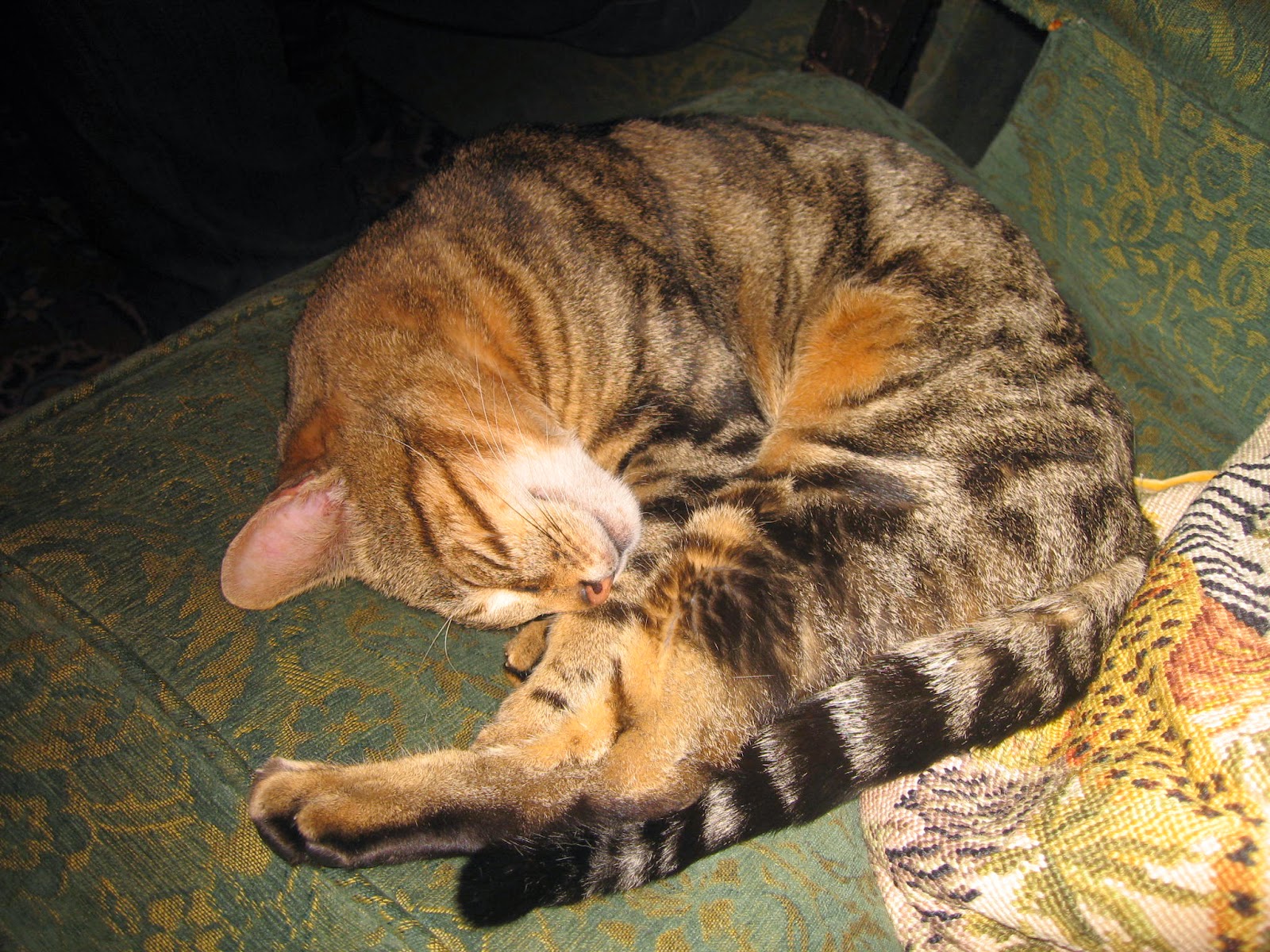 So to sum up, despite crap news on the health front, I'm still having a great time.  I shall end with a picture of some brilliant artwork made and sent to me by a friend who also has advanced cancer but still thought of me when she heard about my latest scan.  Aren't people lovely, not to mention talented!