Hold on to your hats.  I have bought a sewing machine!  As if my adventures in knitting weren’t exciting enough I have decided to diversify.

I’m starting out with something simple; pyjama bottoms - no button holes, no zips and, hopefully, no frayed temper.  Behold the material I’ve bought.

My plan is that I’ll be able to read in bed solely by the light of my incredibly bright night attire – no lights needed.

You may think this latest step into the world of make do and mend is foolish on my part, seeing as I haven’t really progressed beyond scarves in the knitting department.  However, I am inspired.  Of late I’ve been perusing (and enjoying) the sort of arty-crafty blogs where the writers skip around their beautiful gardens with a paint brush in one hand, embroidery threads in the other while home-schooling floral pinafore clad daughters with names like Marigold, Petunia and Cystitis (I may have made that last one up).

While I can hardly compete with those blogs in the angelic offspring stakes I can offer a rosy-tinted shot of Cyril, the three-legged monster cat, in my beautiful garden

You'd never know from this photo that Cyril has been to the vet for an infection picked up while fighting again.  He's right as rain now though (after a course of anti-biotics which were next to impossible to get him to swallow).

Anyway, my beautiful garden.  Look how things have come on in the horticultural department:


Please be especially impressed by the 'memory path' which is filled with odds and ends from beach-combing and the like. 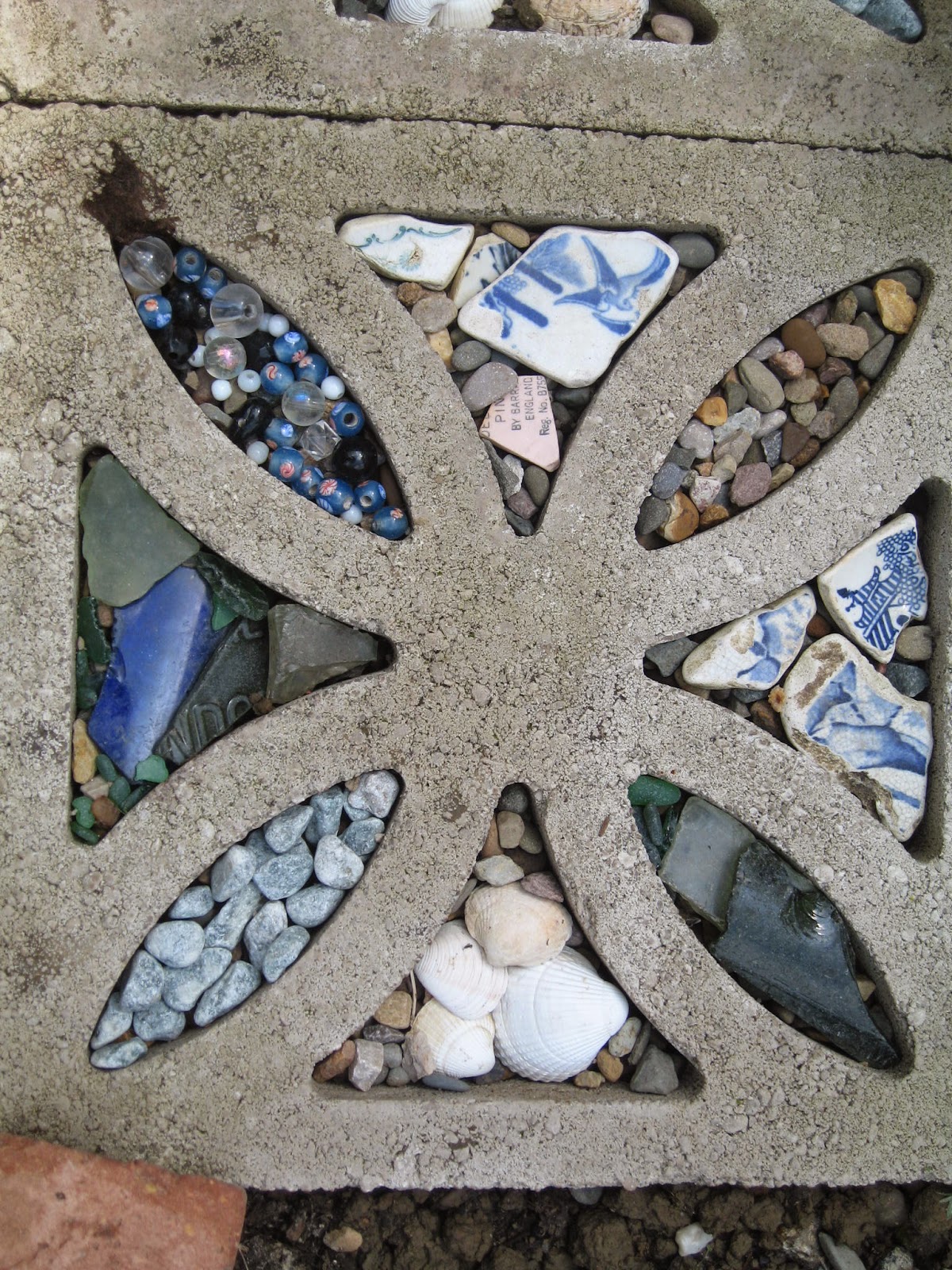 I know all this is shameless bragging but really it's nothing to do with me, it's all the work of the other-half.  Sometimes he has his uses.

It was a shame then, that on the evening we decided to invite the other-half's family, Clan Wiggins, over it rained buckets.  However, we weren't going to let a little thing like rain put us off and so the other-half erected a make-shift tarpaulin-covered seating area - so the family were forced to sit outside and admire his handiwork.

The other-half comes from a huge family.  This can make entertaining difficult as my idea of cooking is putting together a cheese and pickle sandwich and I can get even that wrong.  Never, on the night Clan Wiggins came over, have so many boxes of supermarket pre-cooked snacks been opened.  Truly I am the hostess with the mostest.  Some of the family stayed over and although I had stocked up with the ingredients for a cooked breakfast I didn't have to raise a finger as the other-half's sisters rode to the rescue.  Hurrah for the breakfast pixies and many, many thanks.  Without them I'd have been sobbing under the kitchen table having a panic attack.

Lest you think all my adventures have been home-based, I've been out and about.  I've been back to Ludlow and bought yet another hand-bound notebook and gone over the border into Wales to see the the UK's tallest single drop waterfall, Pistyll Rhaeadr.

It was magical, as was the surrounding countryside 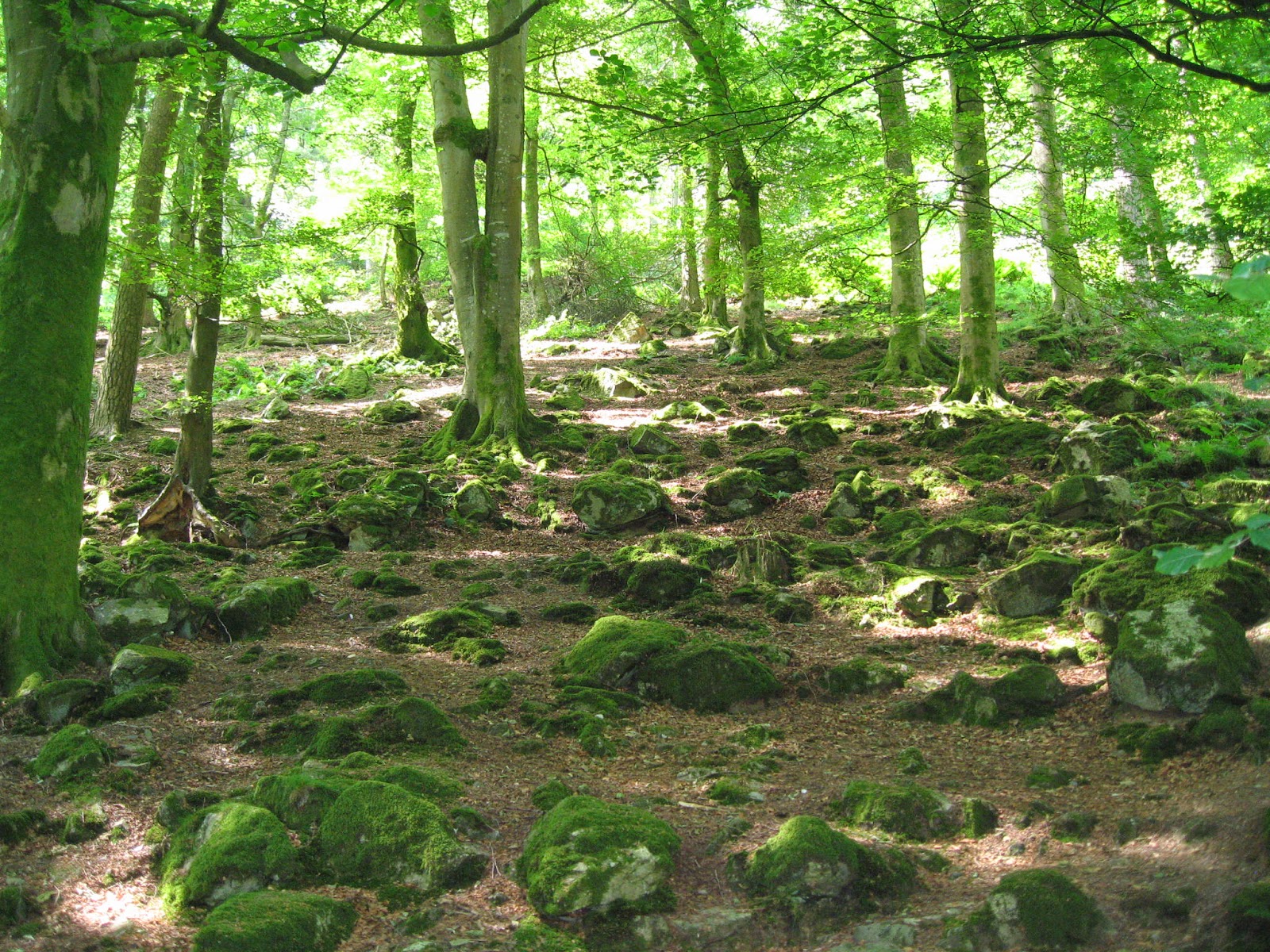 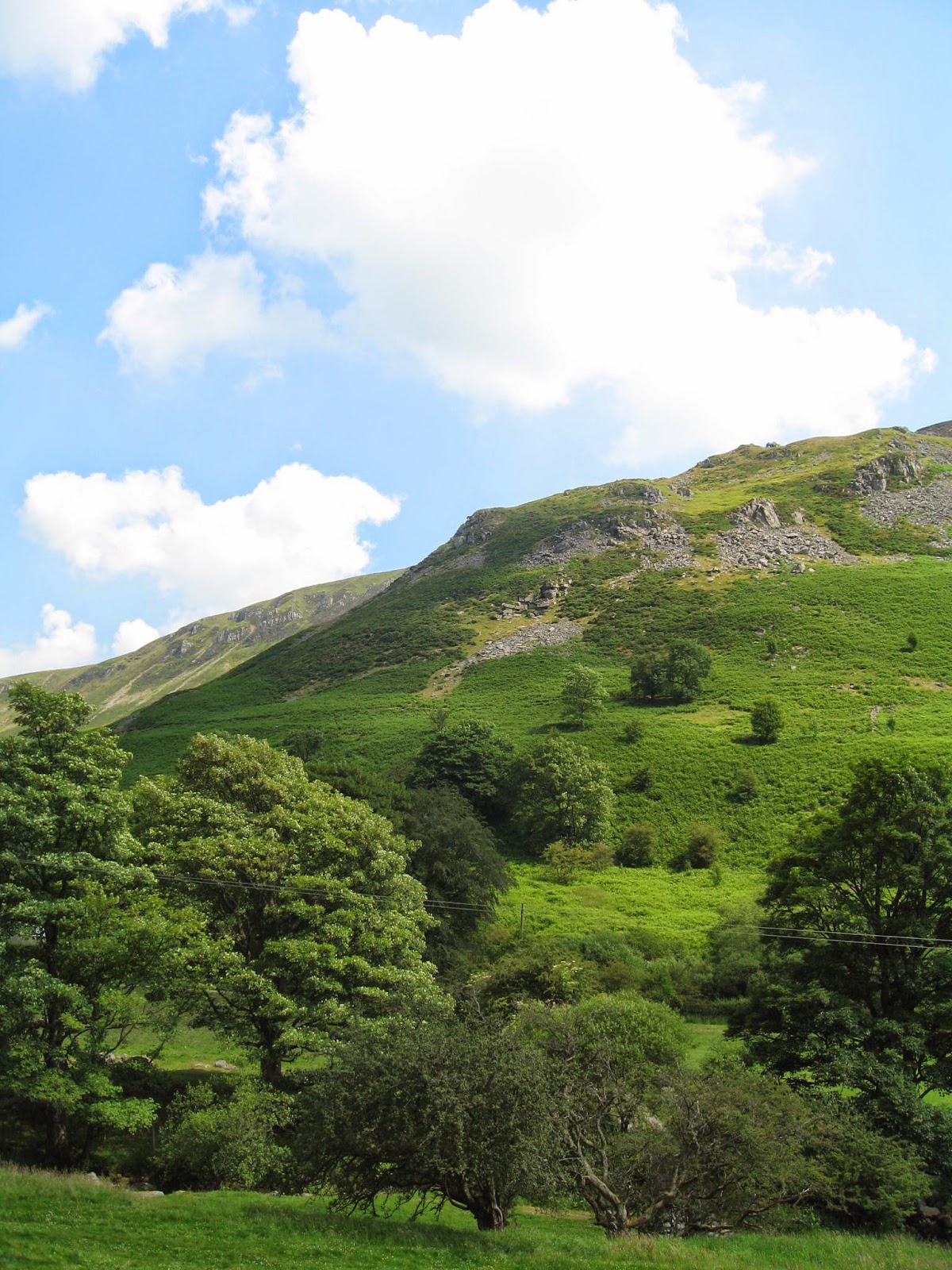 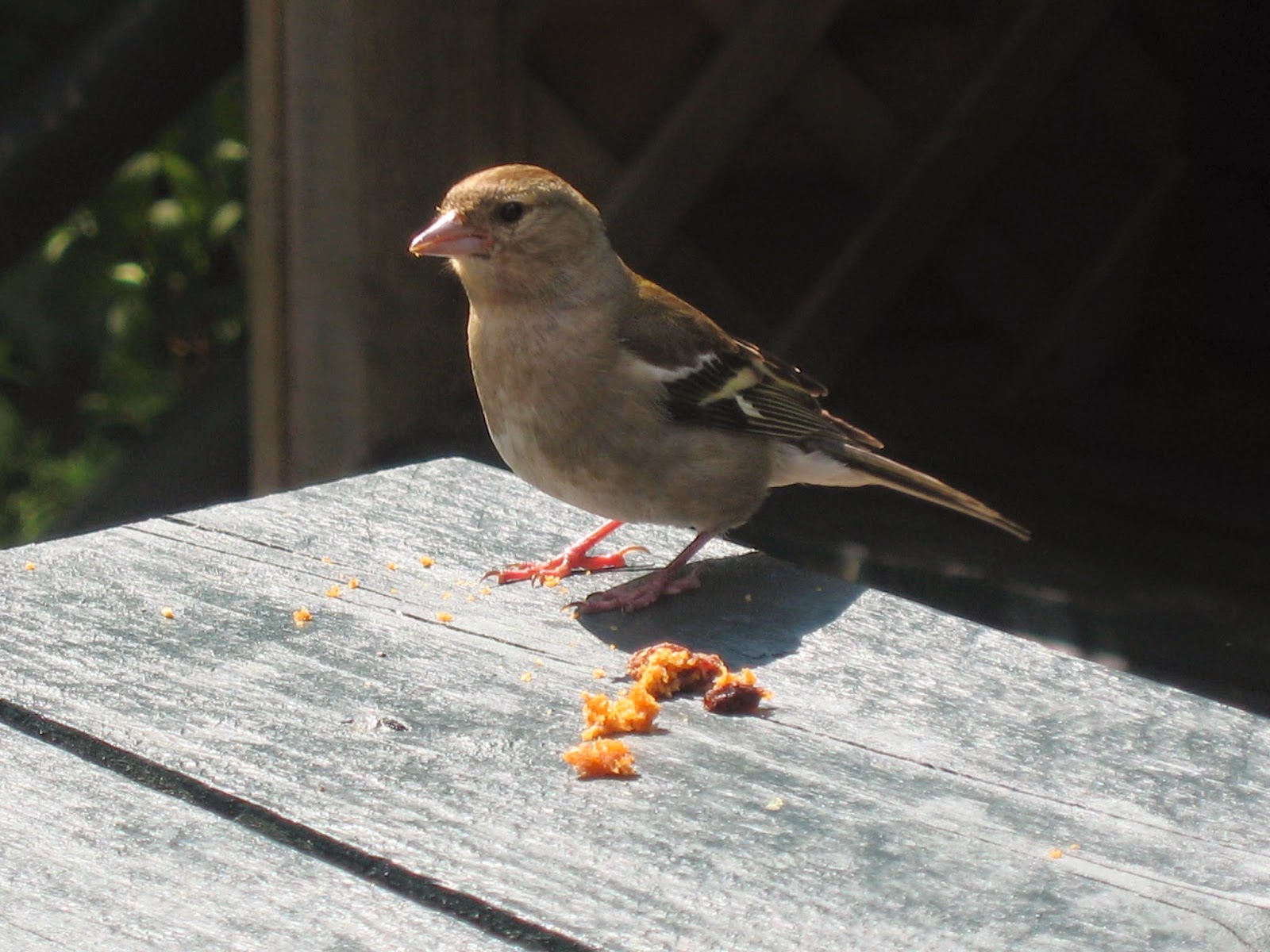 We then went on to Lake Vyrnwy and had lunch in a very unlovely cafe.  We should've guessed what it was going to be like given the signs on the path 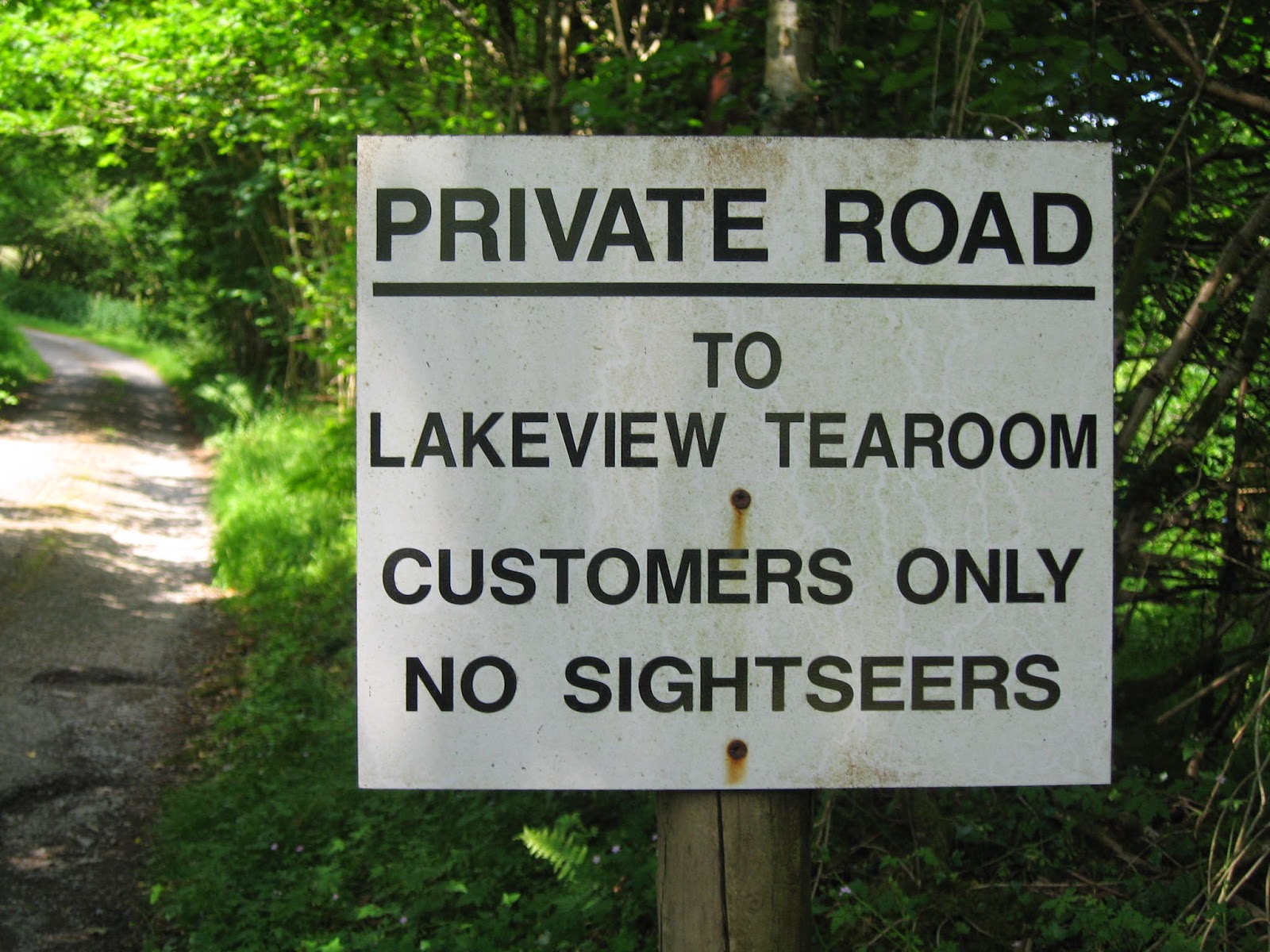 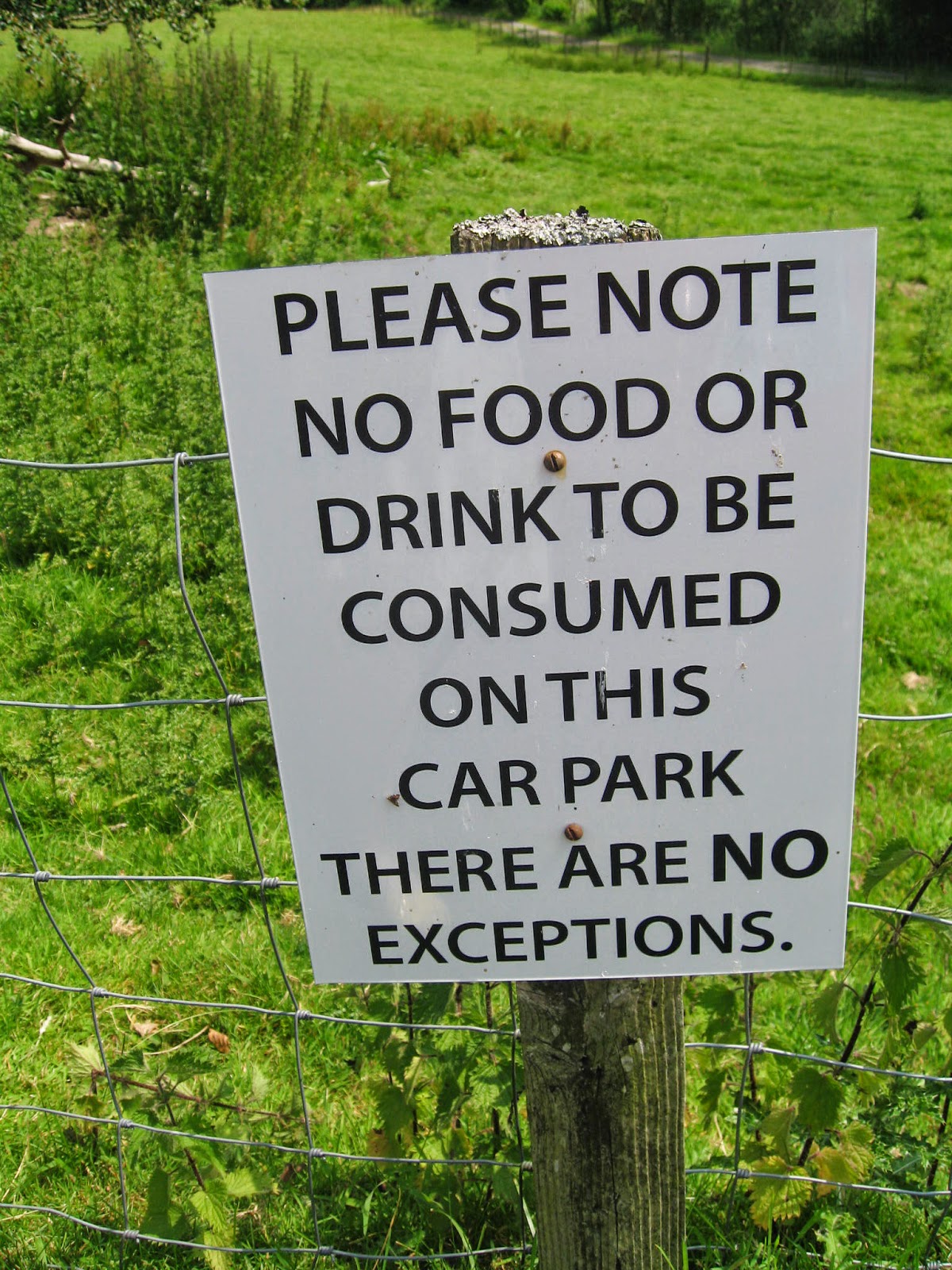 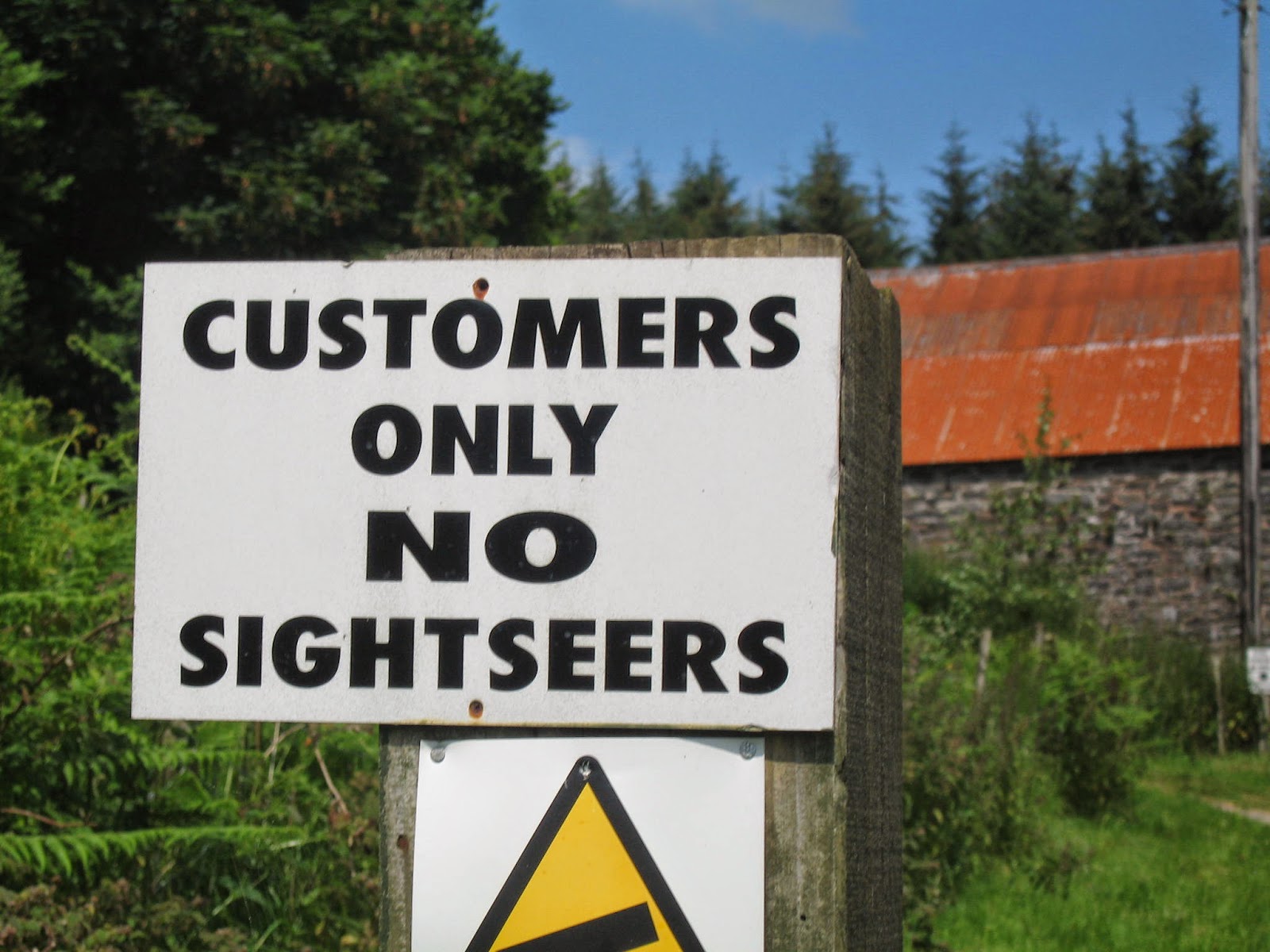 Once inside there were more signs forbidding you to move any of the tables.  I was too scared to take photos of these as, surprisingly enough, the owners were not very friendly.  We sat outside in a rather rancid marquee type veranda.  I'm really glad the sun was shining as inside the cafe building they appeared to be playing things like this on a continual, hellish loop.  However, even this horror couldn't spoil the gloriousness of the day and the view.

I'm not sure if it was all the gadding about, the side effects of the chemo (still mercifully few) or good old cancer related fatigue but I did end up pretty tired for a good few days.  I was forced to rest up at home and eat food that even I could cook

But I suspect my tiredness was as nothing compared to that of my ex-husband who ran the Shrewsbury half-marathon in blistering heat for Breakthrough Breast Cancer (a charity I've got a lot of time for), so hats off to him.  Also hats off to Frances, who took part in a recent Race for Life bearing my name on her competitor's bid.  Thanks Frances

That's all the news from Discombobulated Towers for the time being. I'm off to do battle with my new sewing machine in the hope that next time I'll be able to post a photo of my luminous new PJ bottoms.  You lucky devils you!