I've been rushing around like a long dog of late, having a fine old time with barely a chance to wash behind my ears let alone put fingers to keyboard.

Firstly, I headed down south to see my new great nephew who weighed in at walloping 10lbs at birth and, at three months, is a beautiful big chappie.

I also saw some old friends, had a good laugh and stuffed my face with lovely grub.  I spent some time in Ware as part of my travels.  It's my kind of town with cat statues, 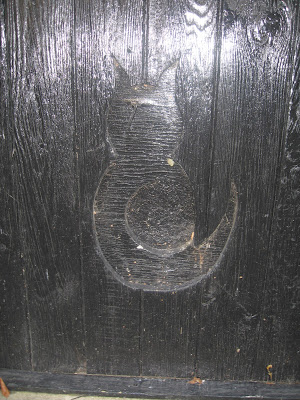 and even tombs with paws 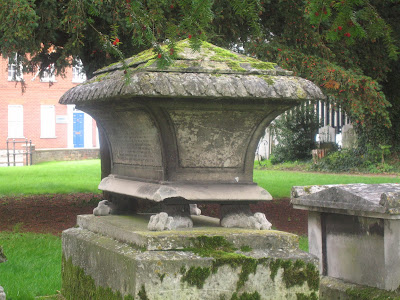 Then, no sooner had I returned to Shrewsbury than we set off for a few days in Pembrokeshire.

We'd arranged to stay in a tiny and remote cottage with no TV or mobile signal, thinking we'd have a beautifully peaceful time.  As the holiday approached we realised, with some horror, that this meant we might actually have to talk to each other.  Thankfully, as you'll see from the pictures, we were able to survive this trial with the help of red wine 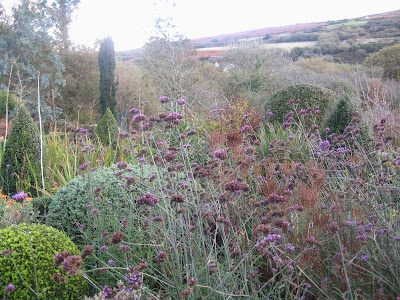 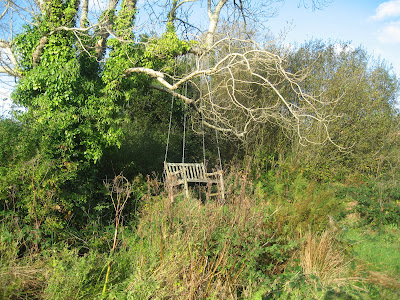 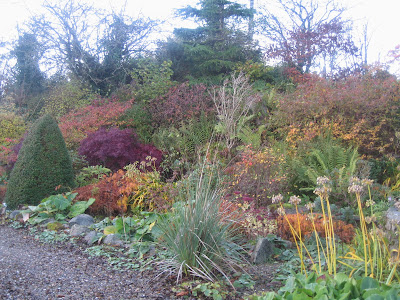 I have got a zillion more photos like this but if you'd like to see more about the house and garden the best place to go is the official website Dyffryn Fernant.

While we were in Pembrokeshire we went to the small but pictureseque city of St David's.  It being November we almost had the place to ourselves, in fact we did have the old ruined and atmospheric Bishops Palace entirely to ourselves 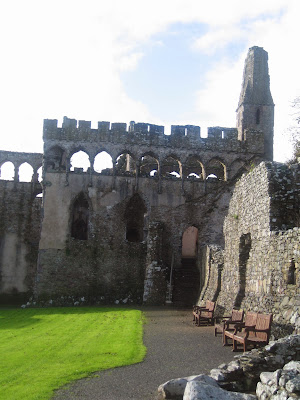 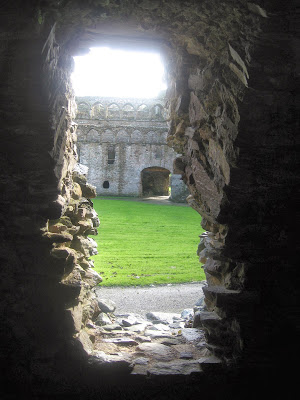 As we walked around, despite being the sole visiors, we sometimes got the impression we were being watched 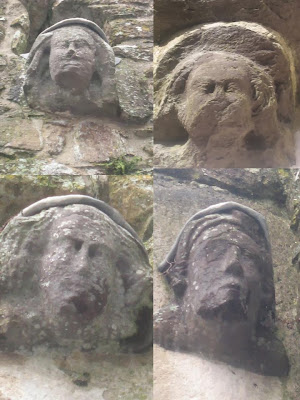 and every manner of peril, as the signage made all too clear

My favourite is the sign on the bottom left.  I think it's meant to warn people of the danger of bumping their heads but, to me, looks more like someone realising they've locked themselves out or left the bath running.

The danger theme continued into the following day when we went for a walk.  First the good news, I was able to walk much further and higher than I thought I could (in early summer I could barely walk 400 yards without puffing for breath, thanks to the cancer in my lungs).  While I was hardly mountain goat-like in Wales I was able to walk a good four miles and take on some steepish inclines, albeit slowly.

However, it would be remiss of me to claim that I didn't have some help in getting to the top of the hill. As we neared the top we saw several horses around the rocky outcrop including a foal.  We didn't go near the horses but just skirted around the edge.  This didn't stop Devil Horse from trying to kill me though.  A huge black horse came snorting towards me with murder in his eyes and evil in his heart.

I walked away as briskly as possible, wishing there was a tree to climb, but could hear his horrible hooves and nasty snorty horse breath getting closer and closer.  The other-half turned looked at him and said, with some feeling, "that is NOT a nice horse".  Apparently he was also doing the kicky thing with his back legs too.  We managed to scramble over a fence and up, up and away from the mad, demented beastie.  When we were a safe distance away we turned and waggled our bottoms and then stuck our fingers up at the horse, not wanting to let him have the last snort.  The horse gods in the sky must have been watching us though as from then on the foot path signs disappeared and we ended up going on a much longer walk than intended and, for the last half hour, in a substantial downpour.  But what did I care, for I had escaped from the jaws (and hooves) of doom.

The rest of the stay was calm, tranquil and horse-free.  Even though I got heaps of exercise I suspect I put on lots of weight as I ate like a (shudder) horse.  And here's the proof, do you think my bum looks big in this? 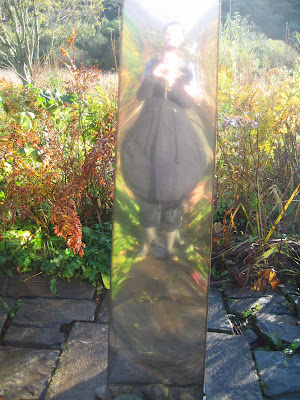 A quick health update before I go.  I've been continuing with the TDM1 chemo trial and all seems to be going OK.  I have yucky scans at the end of the month and see the oncologist for the results in the middle of December by which time I will be almost as anxious as if I were being chased by a homicidal horse, but for now I'm trotting along not thinking about it too much, which works for me.

Oh, and just when you thought I'd finished, a final cheery note.  Two days ago I became a great aunty yet again.  Congratulations to all concerned.  The dynasty continues!
Posted by Disco Del at 15:36